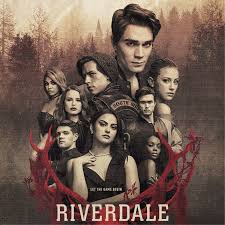 Riverdale is a new tv-show on the CW that’s already one of the top shows that everyone is watching. Riverdale is a spinoff of Archie comics but, with dark twists. Currently, it seems like fans are watching and  re-watching because we are all getting ready for season      three coming out October 10th. All the fans are now          wondering what will happen next and being teased with  new  trailers for next season. All the Riverdale fans are    raving with excitement.

Riverdale has a very large fan base ranging from teenagers to fans of the original archie comics. We all have different opinions and theories. One thing that most people are obsessed with are the couples. Jughead and Betty or Archie and Veronica, these are the two most popular couples of Riverdale. “Jughead and Betty,” a fan says when she’s asked, whos your favorite couple. Everyone has their preferred season, some fans prefer the classic season one or the crazy season two. “I like season one,” Miranda Roberts, Sophomore answers back, “I like the mystery and not knowing what happens next.” While some are still reminiscing on the first two seasons others are predicting what will happen next. We get hints from the casts social medias and the new trailers and announcements coming out every few weeks. We know a few of the new characters and some new romances starting as the new trailer for episode 1 of season three was released. Now, as we wait till October 10th we continue re-watching and theorizing.